Achieving Success Through an Integrated Approach to a Business Sale 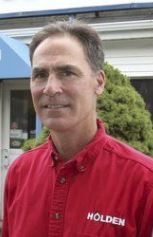 “We were too big to be small, and too small to be big. The liquid fuel industry is shrinking, and we were growing increasingly uncomfortable with industry trends.”

That is how Chuck Holden, President of Holden Oil, a third-generation fuel oil and propane company based in Peabody, Massachusetts, describes the situation he found his family’s business in. It was this ambiguity about the future that led to Chuck’s decision to sell his company.

“It is becoming a ‘big company’ world that is more about marketing than operations,” says Chuck. “We were fending off the wolves.”

Chuck Holden says the decision to sell led to a process that was more involved – and more personal – than he anticipated. He advises anyone who is considering a business sale to be prepared and to work with the right advisors. “I knew it would be difficult. It is a very personal transition for the seller. But the buyer is all business. You really need to surround yourself with people who can give you the best advice.”

Chuck had the advantage of a decade-long relationship with Gray, Gray & Gray for Holden Oil’s complete accounting and business advisory services. Now, through Gray, Gray & Gray’s FuelExchange™ merger & acquisition service and Gray Private Wealth personal financial management subsidiary, Chuck had a ready-made team to provide a seamlessly integrated approach to the sale of his company.

While Chuck was “very familiar with and has great respect for” other business brokers in the energy industry, he understood the value of having everything integrated under one roof with Gray, Gray & Gray.

“FuelExchange takes a much different approach to selling a business. They do not make a ‘big blast’ but follow a much more controlled process. They are very discreet. Very few people even knew we were selling, which is unheard of in the industry. But the right people knew, and that made all the difference.”

Working closely with the FuelExchange team, Chuck created a list of thirteen companies that would be “preferred” buyers of Holden Oil. The criteria of who made the list reflected Chuck’s values and the way his family had run the business since the 1930s. Gray, Gray & Gray quietly contacted the companies on the target list and received twelve offers. Now came the hard part.

The field was narrowed to three contenders, each with a very similar offer. “Every company saw Holden Oil in a different light,” says Chuck. “They all have their own priorities. We struggled at the end, trying to find the buyer that offered the best fit, the most security, and the easiest transition. I relied a lot on Joe [Ciccarello] and his experience to help make a choice, but it was ultimately a family decision.”

The choice of Superior Plus Energy ensured the “big company” resources necessary to serve Holden Oil’s customers, while also providing the financial security Chuck Holden needed to live the life he wanted to lead.

“Price was important, but I also wanted to make sure our customers would be well taken care of,” says Chuck. “I was prepared for a lower number. In the end it was better than I thought. I was very happy.”

Chuck credits the success of the sale to the experience and coordinated services that Gray, Gray & Gray provided. “They helped prepare me for the process. It could have been such an ordeal…and certainly took time and a lot of effort to get it done right. The Gray, Gray & Gray team made sure I have a plan post-sale so that I am prepared both financially and mentally.”